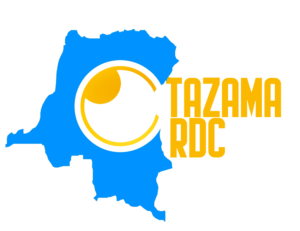 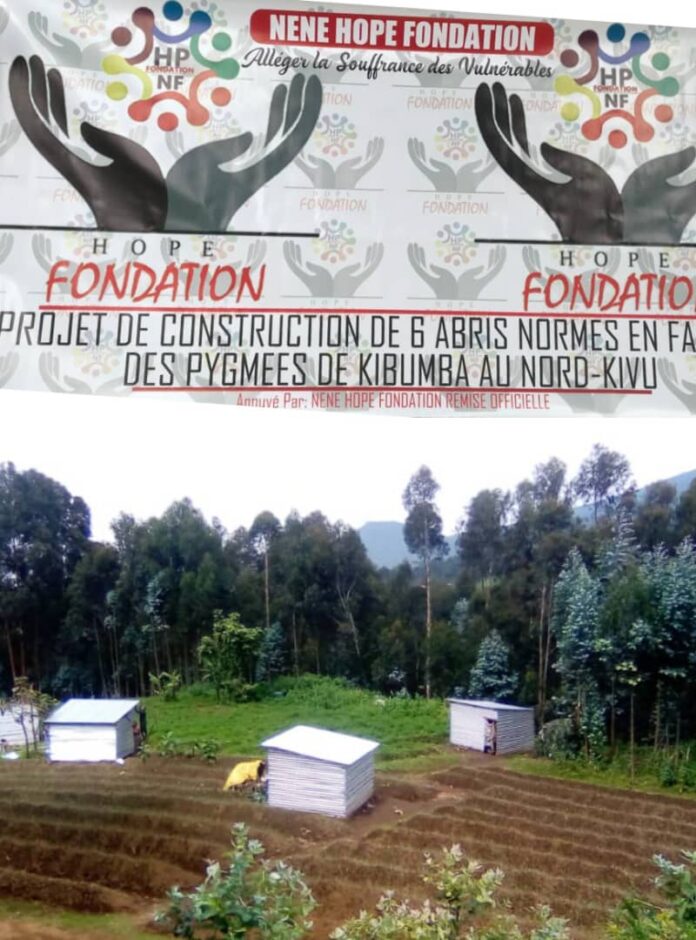 Since June 2021, the philanthropic organization « Nene Hope Foundation » has launched a project to build shelters for the pygmies of the Kibumba grouping in Nyiragongo territory, after having unfortunately noted the deplorable conditions in which these Congolese live in this part of North Kivu province.

After an investigation conducted by its members, Nene Hope Foundation alerted in one of its reports on the neglect of the pygmy peoples who spend nights outsider, eat very poorly and have no one to shake their hands: « beyond the history of the pygmies as the first occupants of our country, we found that they are exposed to disappearance in the territory of Nyiragongo, because they have been abandoned by the government and other personalities » said to tazamardc.net Michaël Kamana, coordinator of the Nene Hope Foundation.

Due to their means, this organization initiated by Mrs. Nene Adama, is committed to accompany these pygmy peoples of Kibumba, which moreover six families will be able to receive each one a standardized shelter this Saturday, November 27, 2021, with some food including mattresses, loincloths and others.

This is the first stape of the foundation’s vast program, integrating access to health care, food security and reintegration of the vulnerable, reassured us the coordinator Michael. « We are also advocating for the recovery of the despoiled fields of these pygmies, so that once installed in these shelters, they can cultivate fields and fight against hunger.We will also discuss with certain health structures in Nyiragongo that will be able to provide them with free medical care » he added.